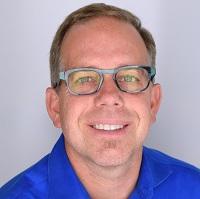 The Commercial Energy Code Consensus Committee, in addition to a Residential Energy Code Consensus Committee, reflects the implementation of a new consensus-based standards development process, similar to that of ASHRAE, ASTM, and ISO. This is a shift from the traditional International Code Council (ICC) code hearing development process in order to allow more in-depth technical consideration of code proposals.

The ICC received nearly 350 applications for positions on both the Commercial and Residential Consensus Committees. There are 45 member positions on the Commercial Energy Code Consensus Committee, which represent nine different interest groups including government, manufacturer, public interest and more. Dr. Culp was one of only four individuals selected to serve in the product manufacturers positions. This appointment extends his influence to complement his role as Co-Vice Chair of the ASHRAE 90.1 Committee.

In addition to NGA, Dr. Culp also represents the Aluminum Extruders Council (AEC) on its energy code related pursuits. “Together, these roles in leadership on energy code development bodies put us in a good position to represent the interests of the industry while helping to address important issues for the next generation of buildings,” shared Dr. Culp.

Work groups will be formed under the committee on which any interested party can participate.

Learn more about NGA's advocacy and technical activities, and ways to get involved.